Aaron Widera is a certified tax preparer with Liberty Tax. HE is currently working on getting his certification to become an Enrolled Agent (it's similar to being a CPA in the IRS' eyes) Aaron Widera has worked as an accounting analyst, staff accountant, and bookkeeper with Sony Entertainment, USC Marshall School of Business, Regent Entertainment, and Ralph’s corporate (Kroger). He's also worked temp gigs with See's Candies and UPS. During his free time, he blogs about movies and television shows on Netflix at Wordpress.

One of Aaron’s other passions besides movies is sports. You can find news of his favorite teams at Pinterest . Aaron played baseball at Lakewood Village Little League and Heartwell Pony in Long Beach, CA. He hit a grand slam to win an all-star tournament game with LVLL, and was a pitcher in the Heartwell Pony league. Aaron played YMCA basketball in grade school at the Lakewood YMCA, as well as with Bancroft Middle School’s team, going a perfect 0-7 with his 8th grade team while averaging over 20 points. In high school, he switched to volleyball, which he played for three years at Lakewood High School before his lack of height forced him to pursue a music career. He did however continue to play in his free time in college, and played beach volleyball in tournaments against players who played in college and professionally.

Aaron today limits his sports activity to mostly watching others do it. He does lift weights at 24 Hour Fitness in Long Beach and runs and walks in his neighborhood for exercise. Aaron attended UCLA, and still follows the basketball and football programs, as well as the volleyball teams and any other UCLA squads that make a run for a national title. Aaron tends to root for the underdog, as being a fan of the Cleveland Indians, and West Ham United in the English Premier League demonstrates. He is a L.A. Galaxy season ticket holder, and will attend the occasional Los Angeles Angels of Anaheim game. He also enjoys free tickets to the Ducks and Kings when he can score them.

I've been collecting and listening to CDs since 1986. I still buy them because it's the most convenient way to listen to albums in my car. I probably have a couple of thousand CDs and will probably sell those that were never good or haven't aged well. I have a lot of DVDs but I don't really buy those too often these days. I only read books once but I do buy those most often still (can't really connect with a Kindle like I can with a book). I enjoy having a book collection to look at.

8 years, 8 months ago
Aaron Widera commented on a list

"I completely agree on Jolie, Fox, and Stewart. I disagree on the others but the only one that I think is really really hot is Alba."

8 years, 8 months ago
Aaron Widera commented on a list

Naca
Posted: 8 years, 7 months ago at Apr 22 23:22
Hey, thanks for vote and comment. It's really cool we have similar taste in movies, it doesn't happen often! 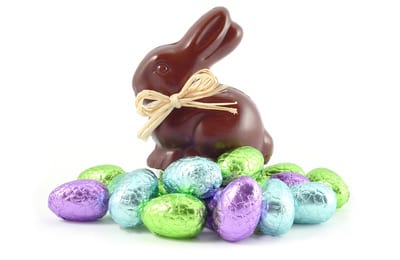 luuhs
Posted: 8 years, 11 months ago at Dec 30 4:53
Happy holidays! And, thank you very much for the list vote! =] Any chance you'd like to take part in a competition I'm hosting around here?